Skip to main content
Help us make this documentation better. Edit on github..

OpenPype supports Nuke version 11.0 and above.

Use this feature in case you are not sure the frame range is correct.

This menu item will set correct resolution format for you defined by your production.

This menu item will set correct Colorspace definitions for you. All has to be configured by your production (Project coordinator).

It is usually enough if you once per while use this option just to make yourself sure the workfile is having set correct properties.

This QuickStart is short introduction to what OpenPype can do for you. It attempts to make an overview for compositing artists, and simplifies processes that are better described in specific parts of the documentation.

OpenPype has to know what shot and task you are working on. You need to run Nuke in context of the task, using Ftrack Action or OpenPype Launcher to select the task and run Nuke. 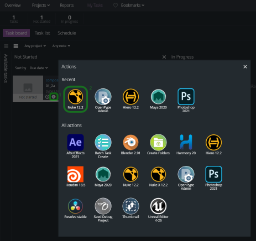 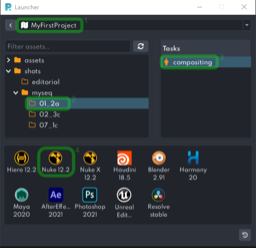 Launching Nuke with context stops your timer, and starts the clock on the shot and task you picked.

Openpype makes initial setup for your Nuke script. It is the same as running Apply All Settings from the OpenPype menu.

After Nuke starts it will automatically Apply All Settings for you. If you are sure the settings are wrong just contact your supervisor and he will set them correctly for you in project database.

Save Nuke script – the Work File​ 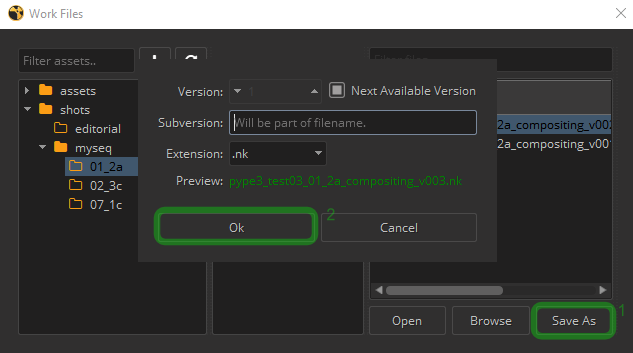 The Next Available Version checks the work folder for already used versions and offers the lowest unused version number automatically.

Subversion can be used to distinguish or name versions. For example used to add shortened artist name.

Use Load from OpenPype menu to load any plates or renders available.

Note that the Read node created by OpenPype is green. Green color indicates the highest version of asset is loaded. Asset versions could be easily changed by Manage. Lower versions will be highlighted by orange color on the read node.

This will create a Group with a Write node inside.

What Nuke Publish Does​

From Artist perspective, Nuke publish gathers all the stuff found in the Nuke script with Publish checkbox set to on, exports stuff and raises the Nuke script (workfile) version.

The Pyblish dialog shows the progress of the process.

The left column of the dialog shows what will be published. Typically it is one or more renders or prerenders, plus work file. 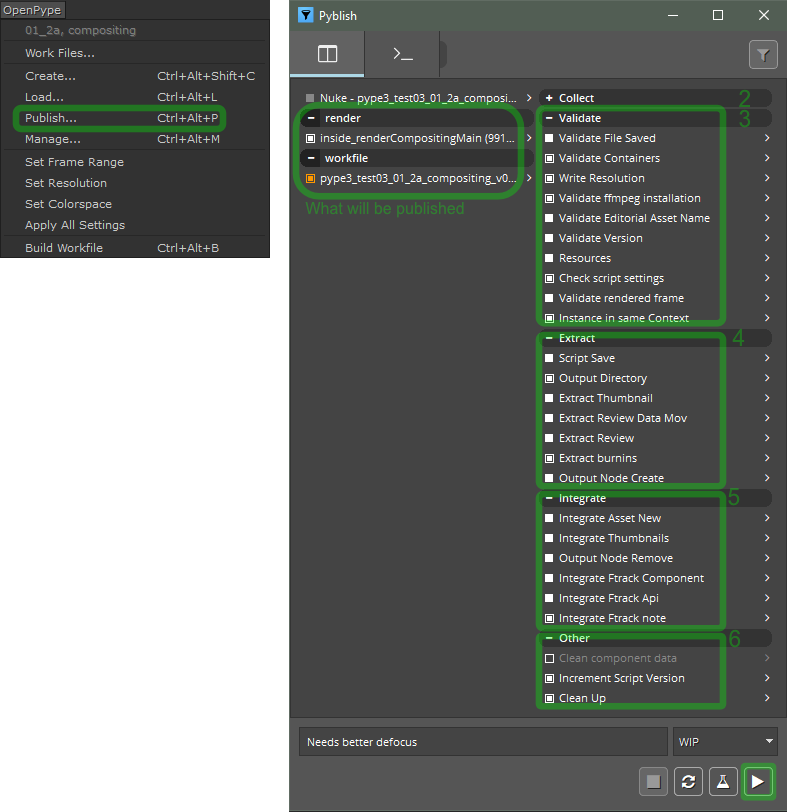 Gathering all the info and validating usually takes just a few seconds. Creating reviews for long, high resolution shots can however take significant amount of time when publishing locally.

Pyblish Dialog tries to pack a lot of info in a small area. One of the more tricky parts is that it uses non-standard checkboxes. Some squares can be turned on and off by the artist, some are mandatory.

If you run the publish and decide to not publish the Nuke script, you can turn it off right in the Pyblish dialog by clicking on the checkbox. If you decide to render and publish the shot in lower resolution to speed up the turnaround, you have to turn off the Write Resolution validator. If you want to use an older version of the asset (older version of the plate...), you have to turn off the Validate containers, and so on.

When you turn the review checkbox on in your OpenPype write node, here is what happens:

So far there is no option for using existing frames (from your local / check render) and just do the review on the farm. 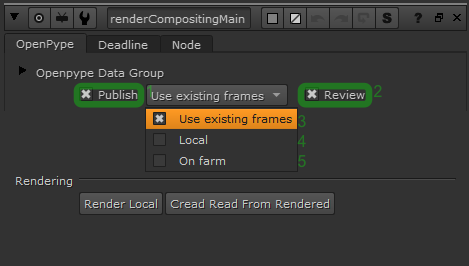 If you want to render and publish on the farm in one go, run publish with On farm option selected in the write node to render and make the review on farm.

OpenPype is configured so your render file names have no version number until the render is fully finished and published. The main advantage is that you can keep the render from the previous version and re-render only part of the shot. With care, this is handy.

Main disadvantage of this approach is that you can render only one version of your shot at one time. Otherwise you risk to partially overwrite your shot render before publishing copies and renames the rendered files to the properly versioned publish folder.

Use Manage to switch versions for loaded assets.

This video show how to publish effect from Hiero / Nuke Studio, and use the effect in Nuke.

If your Pyblish dialog fails on Validate Containers, you might have an old asset loaded. Use OpenPype - Manage... to switch the asset(s) to the latest version.

If your Pyblish dialog fails on Validate Version, you might be trying to publish already published version. Rise your version in the OpenPype WorkFiles SaveAs.

Or maybe you accidentally copied write node from different shot to your current one. Check the write publishes on the left side of the Pyblish dialog. Typically you publish only one write. Locate and delete the stray write from other shot.